“I started playing ringette in Pierrefonds when I was three years old. At this age, I never thought I would still play today. Keeping playing is probably the best decision I ever took! In 2013, when I was 11, I represented Quebec at the Eastern Canada Championships in Nova Scotia. The year after, we went to Toronto, again for the Eastern Canada Championships, where we represented four cities and won the bronze medal. Since then, I am playing at the AA level for Lac-St-Louis, and my dad and my mum are coaching us! This year, I have the great chance to play with my sister, who is in her third year as a U19. Since I started ringette, I made many several friends who became sisters for me along the years. Ringette taught me a lot during these last 13 years. It is important to trust your teammates, whether on the ice or out of the ice, and to communicate and help each other, in order to reach our ultimate goal, winning the Canadian Championships.” – Catherine Lévesque (Pierrefonds, QC) 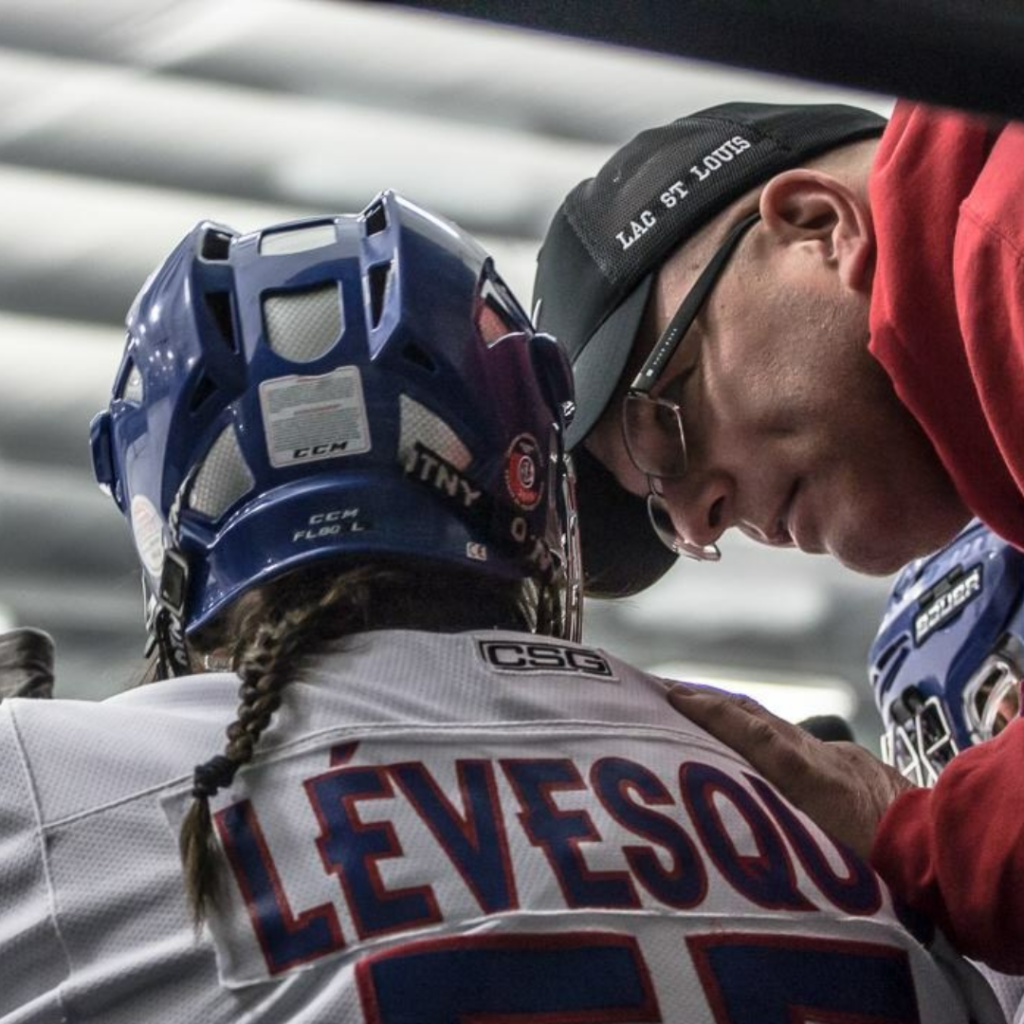