“My favorite thing about ringette is the skating, followed closely with discussing the playing rules and meeting new people. I became involved with ringette when I was 12 as the score/time keeper at my sister’s games. My involvement grew when I was 15 and the coach of the junior (U16) team asked me to play on his team to give them 10 skaters. I was familiar with most of the rules and loved being on the ice, so I gladly accepted his invitation. Since I had developed a relationship with the referees, being the minor official for the previous three years, I felt comfortable asking them questions about the rules and their calls during the games in that season. One of those referees invited me to the upcoming referee clinics. Twenty-one years later, I am now a Level 5 official. Ringette has giving me many opportunities to travel. Being selected to nine Canadian Ringette Championships as well as being invited to many other tournaments, I have been able to officiate games in all of the nine ringette provinces in Canada. I also had the pleasure of refereeing in Finland at the past World Ringette Championships. With all of the opportunities that ringette has given me to see the country and to meet the many wonderful people involved in the game, I felt the need to give back to the sport. For the past three seasons, I have been the National Ringette League’s Director of Officials. I am also a referee evaluator and Master Instructor. Anyone who truly loves this game should give officiating a try at least once. Live it. Love it. Ref it.” – David Jones (Beaver Bank, Nova Scotia) 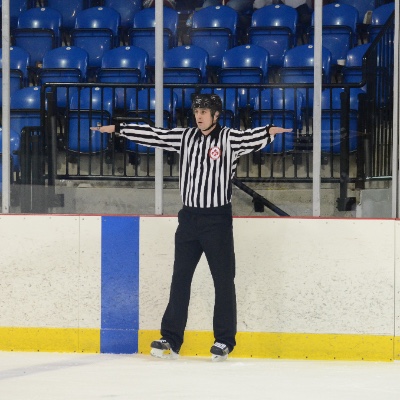