“I originally got involved in ringette back when we were looking for a sport for my then seven-year-old daughter, Maggie, to play. We found an advertisement for ringette and at that time, ringette for Bunnies was free in London, which was a great promotion to encourage parents to enroll their daughters in the sport. When my second daughter Leah turned seven we enrolled her as well. They both enjoyed many years of ringette. I was involved in the hosting of the 2012 U19 World Ringette Championship and now the 2016 Canadian Ringette Championships. London has a great team of volunteers and organizers that makes hosting large scale ringette events possible. The city also has great facilities and the ringette fans in London are eager to support these events. My favourite part of hosting these events is to see the excitement of the athletes and seeing all the fans coming to London to watch the fastest game on ice. If I had to pick a favourite memory, it would have to be when Team Canada East won the 2012 U19 World Ringette Championship. The Team Canada players were so excited and the next day there was a picture in the London Free Press that featured Samantha Nosal of Canada and Vilma Virta of Finland. Sammy was so excited and Vilma was crying but still clapping and cheering for the Canadian team as they received their medals. To me it showed the energy and sportsmanship that was displayed at that event.” – Kevin Knight (London, Ontario) 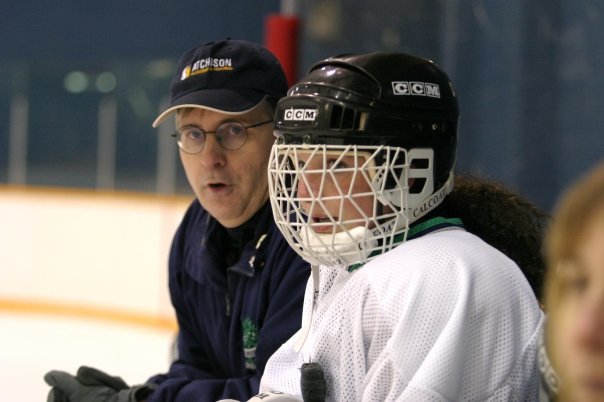