“I started playing ringette back in 1979 in Bedford, Nova Scotia (the home of ringette in NS). As a nine-year-old, I had made the realization that figure skating involved wearing dresses, and that wasn’t going to work for my tom boy look of the time. I fell in love with the sport and the longer I played, ringette just became a part of who I am. My passion for ringette has taken me all over Canada and the world to play and coach. I even enjoyed a stint as Team Leader for Ringette Canada’s Senior National Team competing in Finland in 2010. I currently coach the Nova Scotia U19AA team and love spending my time with such skilled and dedicated athletes, who also happen to be amazing people. I have so many favourite ringette memories. I recall coaching Bunnies and my player waiting to take her shot until the goalie was back in her crease after a gear adjustment. I remember some epic overtime games as a coach at the 2015 Canada Games and most of all making lifelong friendships at tournaments on the ice and behind the bench.  I still play in the 18+ division (although I refer to my age group as 18++) and our team is called Fine Wine, because like wine, we get better with age. My three kids have all played and my middle daughter is playing on the team I coach this season (lucky girl). I love my sport and like my Fine Wine team, ringette will keep getting better with age, because of the people.” – Tracey Tulloch (Bedford, NS) 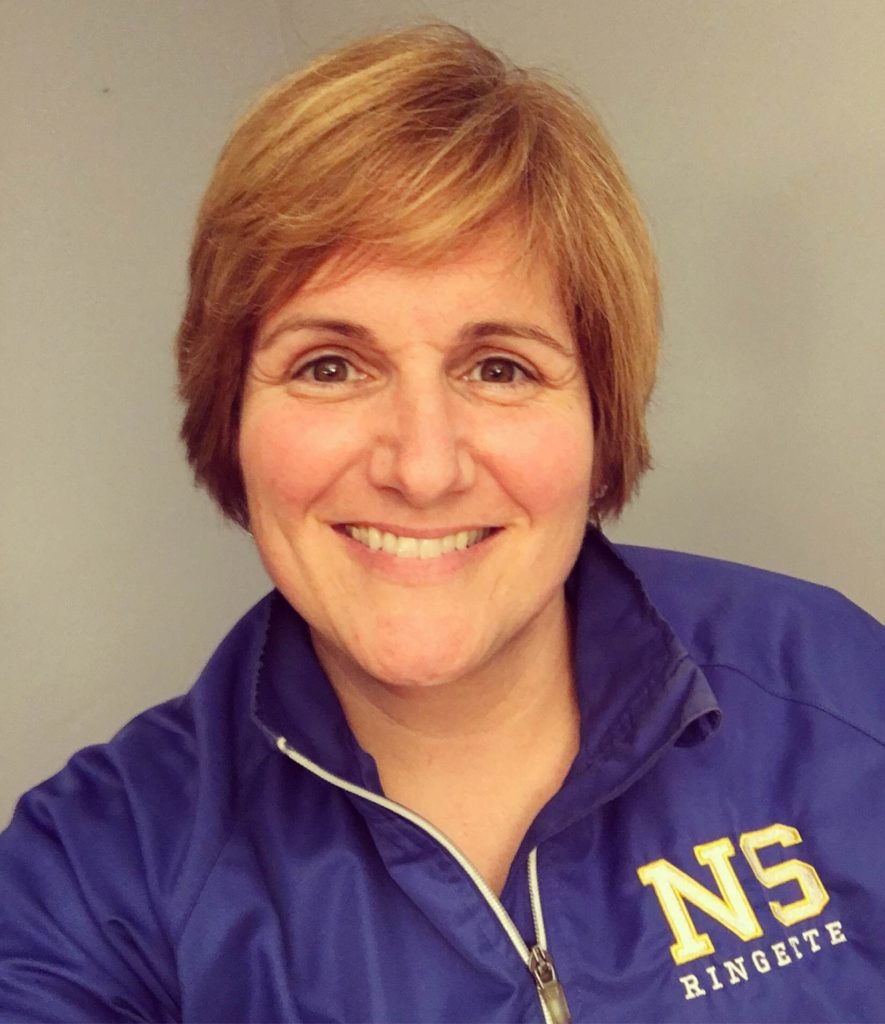