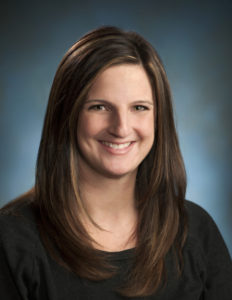 Carly Ross began playing ringette in 1985 and was always known for making her teammates feel a part of the team and reducing the pressures of competition by bringing fun into the dressing room. She was notorious for bringing the best out in her teammates and would set her teammates up to score or create scoring opportunities. Carly was also one of the first players to master the back pass and the back shot, which always made her dangerous around her opponents’ goal. Carly attended the Canadian Ringette Championships from 1993 through till 2010, where she earned ten gold medals, five silver medals and two 4th place finishes. She won gold in 1995 at the Canada Winter Games and was a member of Team Canada in 1996, 2002, 2004 and 2007, winning two gold and two silver medals.

When asked what the induction means to her, Carly commented, “I am very proud and honoured to be inducted into the Ringette Canada Hall of Fame. Throughout my playing years, the very best coaches in Canada have coached me and I am thankful for all the opportunities I was given to succeed. I also feel so lucky to have played with so many great players, and I learned at a very young age what it takes to win and feel team success, and I know that is why I had such a long and fulfilling ringette career. I truly love ringette and being recognized into the Hall of Fame is humbling.”