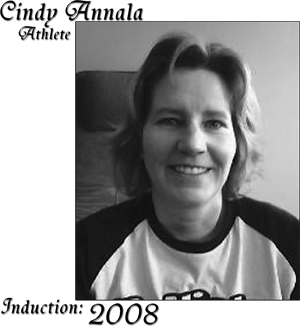 Cindy Annala started playing ringette in Sudbury, Ontario in the 1970s and later moved to Edmonton, where she continued to build upon a very successful ringette career. Cindy is known as the consummate defensive defense player. Respected for her leadership, court sense and calmness with the ring, she had the ability to read the situation and know when to carry or pass the ring with excellent execution. Also known for her competitive nature and ability to push others to perform at their best, she often wore a “C” or an “A” which demonstrated the respect from other players and her coaches. During the first two World Ringette Championship events, Cindy was a top defensive performer and in particular, was a key player for the 1990 Gold medal winning team.