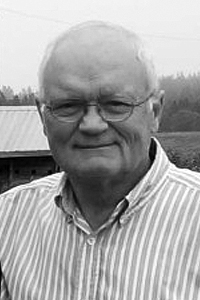 His early leadership in the sport, both within and outside of Nova Scotia, significantly contributed to the national growth that was seen in the years following and which led to the eventual inclusion of ringette in the Canada Winter Games. In 2007, Herm was inducted into the Sackville Sports Heritage Hall of Fame for his introduction of ringette into the community and dedicated leadership and promotion of the sport.