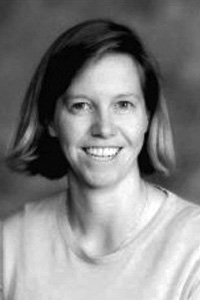 Jennifer (Willan) Krochak has always been a fierce competitor. She possessed the remarkable ability to play hard without putting her team at a disadvantage by taking a penalty and she was well known for her great passing and clutch scoring abilities. Often chosen to be captain, Jennifer was well respected by her coaches and teammates. She represented Canada at three world championships (1994, 1996 and 2000) and played a key role in the 1996 gold medal victory where she scored 28 points in the round robin and a hat trick in the final, which included both the tying and overtime winning goals. Throughout the course of her playing career, she competed in 17 national championships, winning eight gold, six silver and two bronze medals, as well as being selected as an all-star on eight occasions.