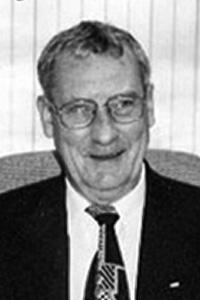 Jim Benning joins the Hall of Fame in the builder category. Jim began his ringette career in 1975 as a local community ringette coordinator in Whitmore Park, Saskatchewan. He helped establish Regina Ringette in 1977 and was their Director of Officials from 1977 to the late 1980’s. He was Ringette Saskatchewan’s Director of officials from 1978-1980, a Ringette Canada Officiating Committee Member from 1979-1990, a member of Ringette Canada’s Rules Committee in the 1980’s and an on-ice official from 1975 to 2001. He was an on-ice Official at the Canadian Ringette Championships (CRCs) from 1979 to 1988, and a supervisor at the 1987-91 CRCs.

Jim, over the years has held various committee, board and director positions with Regina Ringette, Ringette Saskatchewan and Ringette Canada. He organized the first national referee’s clinic, which was held in 1979 in Regina, and was a National Officials Certification Program (NOCP) instructor for over ten years.

Jim continues at this writing as an officiating evaluator and as a ringette coach, roles he has continuously performed since 1975 as a coach and the late 70’s as an evaluator. In 2001, Regina Ringette renamed their largest tournament the Jim Benning Invitational in recognition of his contribution to the sport in their community. Jim currently coaches a team in the Regina ringette league.