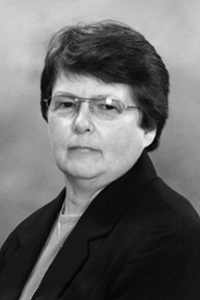 Joanne Dearden has been involved in ringette for over 25 years and has worked tirelessly to build the sport at the community, regional, provincial and nationals levels. Her involvement started in the early 1980’s when her daughter first started playing and she assisted in various capacities on the local community association executive. In 1993 she took on the role of president of the Gloucester Ringette Association, and in 1997, she went on to become the chair of the Ontario Ringette Association’s (ORA) Eastern Region.

In 1999 she joined the ORA’s board of directors as VP of Finance. In 2000, she became involved at the national level as the VP of Administration at Ringette Canada and from 2002 to 2006 she was the president of the national organization. Joanne always had a strong vision of where the sport needed to go, she knew how to get things done properly, she had strong financial management skills, and she was extremely effective at building consensus, trust, and providing strong, steady leadership.