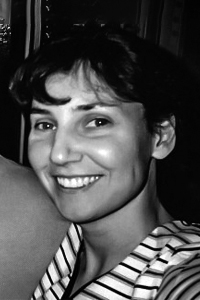 Judy Diduck was one of the very first players to join ringette when the sport was first introduced to Alberta in Sherwood Park. From 1979 to 1983, Judy competed in the first five consecutive Canadian National Championships and she also played on the gold medal winning Team Alberta in the first World Championship in 1990 (which resulted in her being inducted in the Ringette Canada Hall of Fame in 2005 as a team member).

Judy’s competence and control when on the ice instilled confidence in her teammates. Her strength, team play, and high skill level elevated her team and teammates performance just by her presence on the ice. Judy was relied on in all key situations – power plays, penalty kills, final seconds of a close game, and come from behind situations. Judy was always an athlete that could be counted on. Judy has since gone on to compete as a hockey player, winning silver at the 1998 Nagano Winter Olympics, and is currently the assistant coach of the University of Alberta women’s hockey team. She does credit her early ringette experience as having contributed to her success on the ice.