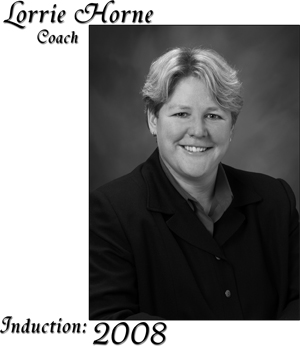 Lorrie Horne grew up on a farm near Olds, Alberta and certainly knows the game of ringette. She played and coached the game for 23 years including two years in the Finnish National League.

Lorrie is regarded as one of the top women’s coaches in the nation and she has made an outstanding contribution to the development of athletes at all levels of ringette in Canada.

An exceptional role model to her athletes, Lorrie has earned respect for her technical knowledge of the game and her calm approach to coaching. Lorrie currently lives in Sherwood Park, Alberta.