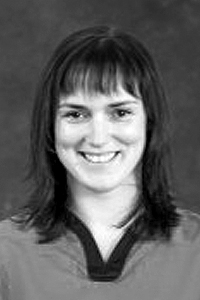 Megan Todd started playing ringette at the age of four and retired 27 years later after winning the National Ringette League Championship title in 2010 with Edmonton WAM!. She participated in 16 national championships and won six gold medals, seven silver medals and one bronze medal. Megan was also a highly recognized member of Team Canada and competed in the 2000, 2002, 2004 and 2007 world championships, winning one gold medal and three silvers. She retired from Team Canada in 2007 and at that time was Canada’s leading scorer in international play.