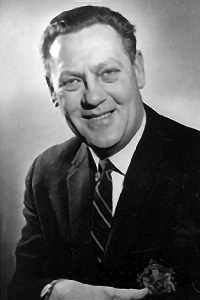 The late Sam Jacks was a dedicated, inventive, and enthusiastic Canadian – a “dreamer and idea man”. While we consider his largest achievement the invention of the sport of ringette, which is now one of the most popular team sports for females in Canada, Sam Jacks accomplished much more in his life than most of the ringette community is aware.

Sam Jacks started his professional career in recreation in 1935 as Assistant Physical Director at the West End YMCA in Toronto. He held this position until 1940. He administered the entire range of the YMCA Physical program – Boy’s and Men’s calisthenics, gymnastics, wrestling, boxing, track and field, boys camp, swimming instruction and the coaching of swimming teams, as well as the organizing and presentation of yearly displays, arts and crafts, badminton, coaching of basketball, volleyball and track teams. In 1936 Jacks created the game of floor hockey, and developed the first set of rules, and was recognized by the Youth Branch of the United Nations for the creation of the game.

From 1940-1945, Jacks was a member of the Canadian Armed Forces. He served with #1 Motor Transport Volunteer Reserve Depot, 1st Light Anti-aircraft, Chemical Warfare School, and the 1st Parachute Battalion in charge of sports for South West England.

In 1947 Jacks coached the Junior Olympic Floor Hockey Team which competed in the USA and finished third.

In 1948, Jacks was appointed as the first Director of Recreation for North Bay. He was instrumental in developing the first Northern Ontario Playground Hockey Association (NOPHA) which encouraged youth to play hockey on outdoor rinks.

In 1963, Jacks was elected President of the Society of Directors of Municipal Recreation of Ontario. He designed the Society’s coat of arms, was a major contributor to the SDMRO, and served on a number of vital standing committees. He was the only director ever nominated as President for two consecutive terms.

Jacks dedicated a lot of his time to developing youth activities. In the early 1960’s he wanted to develop an on-ice skating game for females. His three sons, Barry, Bruce and Brian played hockey, but he believed that girls should also have the opportunity to play an ice game. He finalized the game he called ringette in 1963. It was a game designed to keep people moving and encourage participation. He presented his creation of ringette and the basic rules to the Society of Northern Municipal Directors. In 1965, after two years of development, the revised rules were laid down.

After Sam Jacks created the game, the Northern Directors of Municipal Recreation requested that Mr. Red McCarthy, Director of Recreation of Espanola, experiment with the basis rules.

Sam Jacks was also very active in the Kinsman’s and Kiwanis club, the Snow Suit Fund, and Square Dancing Programs.

Sam Jacks always looked to the future – he was a “dreamer” and a “doer”. He saw ringette even beyond what it is today. There was never any doubt in his mind that the sport would grow across Canada – and the World.

One of those rare men you’ll meet along life’s path,
Always a smile, a hand shake and a laugh,
And having once met,
You never will forget,
A man with a heart as big as himself;
The will to serve – this was his wealth.

Mounting success upon success,
And yet with modest humbleness.
He left with us a glowing ember,
And it’s with pride we will remember,
Long past the end,
Our Friend,
Sam Jacks