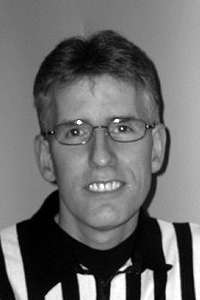 Off the ice, Steve has devoted much of his time to help develop officials and the officiating program. He has served on the Ringette Canada Officiating committee for a number of years and has also served as the rule book editor for two significant periods of rule changes.