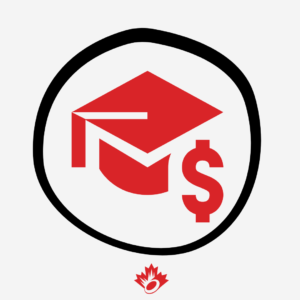 A member of the Order of Canada, Agnes Jacks, who sadly passed away on April 1, 2005, was the wife of Sam Jacks, who invented the sport of ringette back in 1963 in North Bay, Ontario. While the sport lost Mr. Jacks’ guiding hand through his untimely passing in 1975, the ringette community continued to benefit greatly from Agnes’ dedicated and enthusiastic promotion of the sport, and the ringette community appropriately laid claim to Mrs. Jacks as their very own goodwill ambassador. The Agnes Jacks Scholarship Award is presented to ringette players, coaches and/or officials who have demonstrated a strong academic performance and a commitment to the sport of ringette. Recipients receive a $1,000 scholarship towards post-secondary.

Cara Brown played competitive ringette in Sudbury and Calgary and participated in 17 Canadian ringette championships, of which she won nine gold medals and has been named to the all-star team 12 times.  Cara also served as team captain at the World ringette championship in 1990, 1992 and 1994. Cara Brown has been inducted into the Ringette Canada Hall of Fame in the athlete category.  The Cara Brown Ringette Scholarship was originally formed to recognize Cara’s involvement in ringette and is awarded to a registered ringette player who is actively playing ringette at the elite level, who is entering a Canadian university on a full-time basis for the first time, who combines academic excellence and a minimum of a B average with a strong commitment to the sport of ringette. ‘This scholarship is intended to ease the financial hardship that students encounter when trying to balance their commitments as athletes and as students. If it means that you continue to play ringette, while at school, then I will have accomplished my mission.’ – CB.   Recipients receive a $1000 scholarship towards post-secondary education.