“It seems common that most players experience ringette for the first time during their early years. I actually had no idea what ringette was until my second year of university at the University of New Brunswick. I grew up on Cape Breton Island where I spent my youth playing hockey, and ringette was unheard of. My university roommate at the time was attending a pre-season ringette scrimmage and said they could use a few extra skaters. I was extremely hesitant at first, but after that first ice time and many accidental skates over the blue line with the ring; I was hooked. Seventeen years later, I still lace up the skates with the UNB club team. Aside from the support and lifelong connections I have made while playing ringette, I think the most significant part is how you can maintain your involvement far beyond your competitive years. When I stopped playing in the open division of the NB league, I knew I wasn’t ready to step away from the sport. I started out by volunteering with the board of Ringette NB, which quickly turned into also becoming involved with the Atlantic Attack and its launch into the National Ringette League (NRL) through Helene Beaulieu, another Ringette NB board member. One thing lead to another, and before I knew it, I have been a committee member with the Attack and their media representative for the last seven seasons. I have also been the White Division representative (Eastern Conference) of the NRL for the past four seasons. So, my message is that even if you think it may still not be possible to stay involved in a sport you love past your competitive playing years, give back, and you will be amazed at how much larger the net will become.” – Krystle Hussey (Fredericton, New Brunswick) 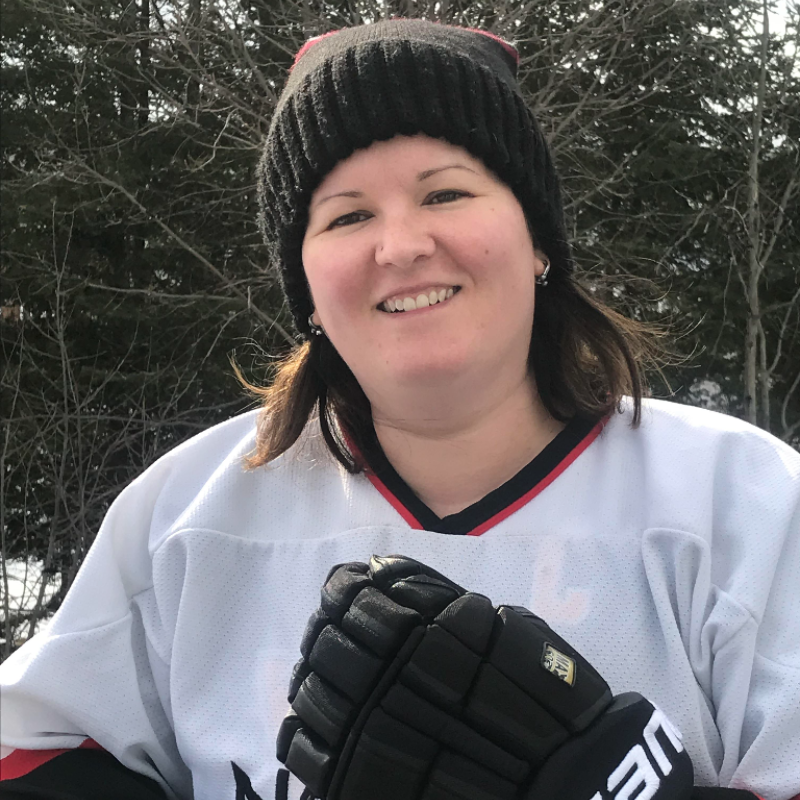